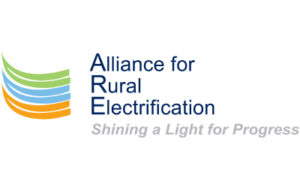 For many years coal has been the main energy source in South Africa accounting for 80% of the country’s energy mix. However, to contribute to the energy transition, South Africa adopted the Integrated Resource Plan to set the ambitious target of 20 GW of renewable energy capacity by 2030 which will benefit the nation not only by decarbonizing its economy but also addressing major issues of power shortage which are counterproductive for the industry and country’s development.

Breaking down the numbers, South Africa plans to allocate at least 6 GW of large scale solar by 2030, planning for 1 gigawatt of solar per year allowing for solar to supply about 10% to its energy mix. As South Africa’s energy availability factor (EAF) dips below the 60% mark, wind power will represent the major bulk of 16 GW of generation capacity by the end of the decade. As a solution for the critical need of extra generation capacity, the government raised the licensing threshold for embedded generation projects from 1 MW to 100 MW, opening the doors for IPPs to compete in the market.

Late in 2021, the results of the fifth round of the Renewable Energy Independent Power Producer Procurement Program (REIPPPP) awarded 12 wind projects and 13 solar projects, totaling 1 GW of solar PV and 1.6 GW of wind giving positive signs that developers continue having interest in the South African energy market. It is also important to note that 39 wind and 63 solar projects competed in this round.

To reach its 2030 goals, South Africa will require an estimated $35.6 billion, which are expected to come mainly from the commercial sector to finance the projects. Tapping into the nation’s renewable power potential will be crucial to create greater energy security, reduce costs, and generate local socioeconomic benefits for South Africa.

Agenda and registration – The detailed agenda, speaker line-up and registration form will be available upon your written inquiry. Make sure to register early to benefit from the early bird conditions.

The detailed agenda & speaker line-up will be available upon your written inquiry.

The agenda of the event will be divided into 5 sessions which will cover;

Among the speakers will participate:

For more information or to receive the full agenda, please contact:

The registration form will be available upon your written inquiry.

Who should attend the conference?

Geographically, the Conference is attracting an audience from South Africa, Africa, Europe, the US and Asia.

This flagship investment event provides an excellent opportunity for public relation, to raise your company profile, to highlight your expertise and to boost your business development objectives in South Africa.

The sponsorship packages include:

For more information about a pro-active participation, please contact: